Mandello del Lario is located on the eastern shore of Lake Como and it is served by 3 Lombard airoports: Milano - Malpensa, Milano-Linate, Bergamo - Orio al Serio. 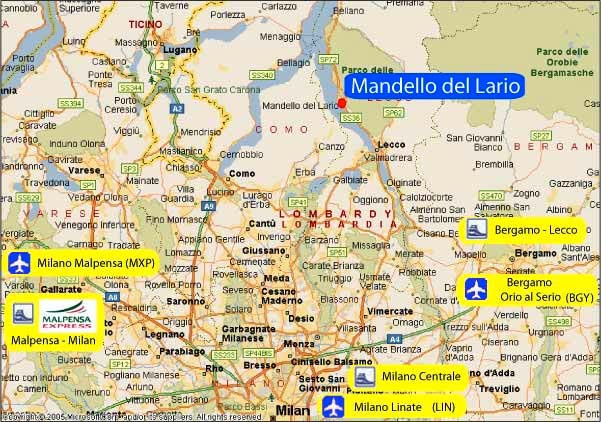 Distances from the airports:

Arriving at MILANO MALPENSA airport:
Outside the arrival terminal, catch the blue bus "Malpensa Shuttle" to Milan Central Station. Frequency: every 20 minutes, from 7am to 8pm

Arriving at MILANO LINATE airport:
Outside the arrival terminal, catch the blue bus "Shuttle" to Milan Central Station. Frequency: every 30 minutes, from 7am to 7pm

Arriving at Orio al Serio - Bergamo airport:
Outside the arrival terminal, catch an Airport bus” to Bergamo Station. Frequency: every 30 minutes, from 6am to midnight.

You may reach us also by train:

From Milan Central Station or from Bergamo Station, catch a train direction SONDRIO or TIRANO, stop and get off at Olcio. 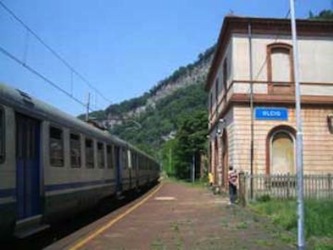 From Milan: on the Milan ring road take the exit Viale Zara - Monza – Lecco.
You will find yourselves on the SS 36 Highway
After reaching Lecco, without leaving the Highway follow the direction Sondrio.
Take the first exit after Lecco indicating MANDELLO DEL LARIO.
After passing through a couple of small towns, after approximately 10 km you’ll find the indication OLCIO.